Buying the Ears and the Tail – The Reasons FOR It

Let me say right away: all of the following is my point of view, supported by a wealth of experience and observations.

Why do dogs get their ears and tails cut? History

Ears and tails have a history much older than the Roman Empire. Research has shown that herding service is the oldest way of using dogs, older only the food service preserved by the peoples of China and Korea. Shepherds were chasing their flocks long before the Roman emperors. And even then their dogs had no tails (they were cut off) and most likely no ears.

Doping the ears in dogs

This was done for purely practical reasons. About wolves know everything. But only inhabitants of Asian republics and the south of our country know about flies. Flying bloodsuckers literally nibble the tips of the ears of dogs, not only to blood, but even to the cartilage. And in hot climates this is fraught with infections. And an untrimmed ear that has been damaged in winter bleeds all the way to spring, the blood doesn’t clot well in the freezing cold and that can cause serious blood loss.

Why the dogs have their tails trimmed

The cutting of the tail of shepherd dogs also has practical reason: the herds and thorns get inside them and it is not simply inconvenient to cut them – the dog can unintentionally pull off this tail. And if the stump heals or rots – the question is interesting, of course, but only theoretically.
Why don’t spaniels, setters and other leopards have their ears cropped? Because they have to go in the water. And consequently, they need to close the ear canal tightly. And here the cutting of edge has that very practical sense: exactly the fringe on edge of an ear collects the basic quantity of a dirt, gets tangled, but again shearing these tangles is fraught with injuries of this very edge and we again have returned to an initial point of a question.

No one really asked the dog…

Experts from Bulldozer, Rottweiler, Asiatic breeds often were, and still are, born pups with their tails ending with fused vertebrae, sometimes at the very bottom. Such puppies were highly valued, it was thought – and rightly so – that they will grow to be the best dogs, which will bring the owner success and prosperity. So, we have to think what’s the primary factor here – congenital cauda equina or inbred tradition of tail tails in these breeds.

The tail is certainly a means of communication, but believe us, it is not the only one, but only in combination with the position of the other parts of the dog’s body.

The tail left in breeds that have had it cropped for generations not only does not help with movement, but rather hinders it. Look at the tailed Rottweiler, Risen or Cocker – their “rudder” reminds the trunk of newborn elephant, waving from side to side, and what kind of tricks the end of this tail makes is funny to look at.

Anything can be taken to the point of absurdity. You can get psychic trauma in the maternity ward of the district hospital, watching the birth of a child, you can see and hear so much there! So should women be forbidden to give birth for their own good?

Phantom pains are experienced by those whose amputated organs were in pain. A puppy’s amputated tail cannot hurt: the brain simply does not have that information in its memory. But a broken one, bumped against the wall in a burst of excitement and amputated as a result of an infection developed on the basis of it – as much as you want.

I haven’t done any investigations, of course, but I’ve seen dogs with tails before and after amputation due to rotting of the tail tip (the diagnosis can be found in veterinary books) – nothing changed in their behavior.

Any practicing veterinarian will confirm my words: yes, pups do experience pain, of course, but in the process. Once you get a puppy under their mom they find something better to do than cry over their severed tails.

Anesthesia is an unsafe thing, just like any use of medication. But believe me, a healthy dog will not react inappropriately to it. It’s just as likely that a dog whose heart gave out could have died chasing a cat, or, if he developed an allergic reaction, could have sniffed any perfume. The recovery period takes about a week, and the first two days are the most painful. Numerous visits to the doctor for a puppy who is mentally normal and not prone to hysteria, will not cause any harm, on the contrary, enrich his life experience. Thus, again, no harm to the puppy’s health is seen.

Another thing is the owner, who makes up all the real and non-existent horrors and scares his dog himself with shaking hands and trembling voice.

HEALTH AND BEAUTY
How do you choose the right small dog food?
Recent Posts
You may also like 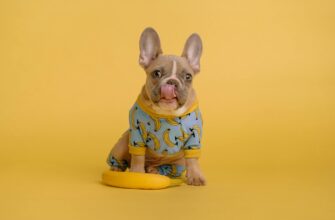 Why Does My Dog Flea Bite Me?
Dogs are not immune to health issues. They require
0226 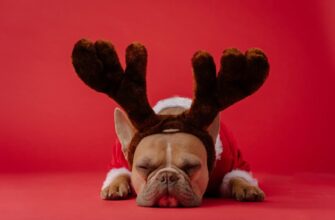 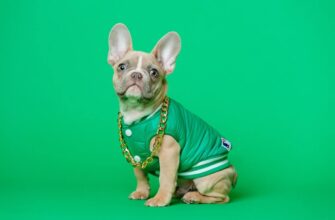 Tugging With a Dog – Rules, Mistakes and Myths
The game of tugging can be a great way to release energy
0248 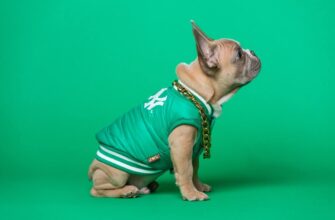 Puppy Essentials Shopping
Having a dog in the house is like having a baby, you
0180 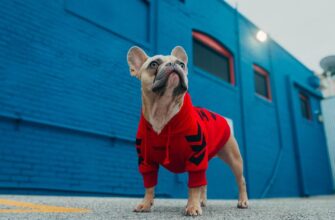 How to Keep My Dog from Chewing Things? 10 Rules
How do you keep a dog from chewing things? I’
0402

Food Mite Allergy: What Food is Mite-Free and How to Store It?
Food mites in the food Many cats and dogs are allergic
04.2k.